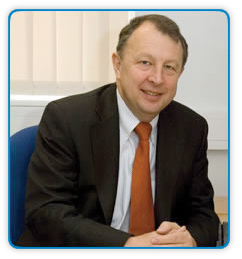 After completing his medical degree, Dr Gillatt specialised in Urological Surgery, completing his fellowship in 1992. He has a Masters of Surgery, with his main thesis being on prostate cancer. Following this he undertook advanced training in urological malignancy at the world-renowned Bristol Royal Infirmary and further at Bristol Southmead.

Dr Gillatt was awarded as position of Consultant Urological Surgeon at Bristol, performing advanced urological cancer surgery there for more than 20 years. He subsequently became Professor and Director of the Bristol Urological Institute and lead the unit to pre-eminence, becoming the largest urological cancer service in the UK.

During his career, Dr Gillatt has become recognised internationally as an expert in prostate and bladder cancer, being regularly sort as a speaker, teacher and surgeon throughout the world. He is also recognised as being one of the world’s foremost robotic surgeons, both in the treatment of prostate cancer as well as bladder cancer – for which he pioneered the modern application of robotic techniques in the treatment of this disease. He has performed more than 2000 major urological cancer procedures during his career, and has published widely in peer-reviewed journals. He is Professor at the University of West of England and has held visiting Professorships at the Universities of Malaya, Exeter and New South Wales. He has sat on national cancer bodies in the UK and helped write the UK report on ketamine as a recreational drug.