What is a Vasectomy?

A vasectomy is an operation that removes a small section of the vas (hence the name). The vas is the tube by which the sperm exit the testis to join the semen. It is the main form of male sterilisation.

It is important to note it has no effect on the ability to have an erection and semen is still ejaculated at orgasm – there are just no longer any sperm present within the fluid.

There are 3 important considerations of which you should be aware:

What Happens During the Procedure? 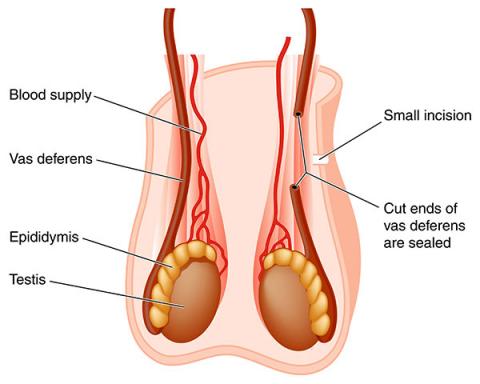 Vasectomy is performed under a light general anaesthetic in this practice.

A single small incision is made in the scrotum under the penis (occasionally two are required). The vas on each side is then:

The wound is closed with a dissolving suture. You may shower but do not soak in a bath or go swimming for about a week after the procedure.